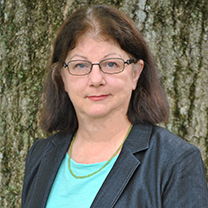 Research has the overall goal of determining the best way to remediate clandestine methamphetamine labs (“Clan Labs”). After the discovery of a Clan Lab, removal of the gross quantities of hazardous materials is carried out by first responders. Afterwards, cleanup (remediation) must be carried out by property owners. Remediation costs can range anywhere from $30,000.00 to $300,000.00. Sometimes, demolition is chosen, rather than remediation. An understanding of the physico-chemical factors that are important for effective cleansing of interior building surfaces is desired, especially if such understanding ultimately leads to lower costs of remediation. This project requires a manifold approach. Reproducible methods for applying to and then recovering materials from typical surfaces found in buildings are being developed. The chemistry of effective cleansing agents is also being explored. Methamphetamine model compounds (surrogates) are used in these studies. Since 2015, five Pace undergraduate students have participated in the project.