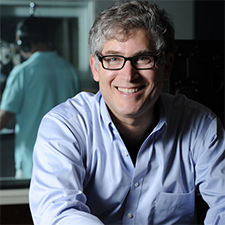 Jorge Luis Cacheiro (Chair of Performing Arts) has been a leading university theater innovator for almost two decades. During this time he's headed MFA Professional Director Training Programs at Ohio University in Athens, the University of Southern California in Los Angeles and the University of Arkansas in Fayetteville. He has also taught Master Acting and Directing classes at UCLA, Cal Arts, Princeton and the University of Iowa. Today many of Cacheiro's students appear on prime time television, feature films, national commercials and theater productions around the country. Most recently, Cacheiro founded and was the first director of the New Works Initiative (NWI) at Montclair State University. NWI is dedicated to developing new work for the American theater and dance world. Artists chosen by NWI include director Rachel Chavkin, writers Molly Rice and Jason Grote, composers Stephanie Johnstone and Marisa Michelson and choreographer Chase Brock.

For the past ten years Cacheiro has also focused on creating cultural bridges between the United States and his native Cuba. The work includes pursuing academic agreements between Cuba's Institute of Superior Arts and American universities, bringing Cuban theater artists to the US, and most recently directing in Havana, Cuba. In 2010, with the Latin American premiere of Jorge Cortinas' Canto del Pozo Ciego, Cacheiro became the first American director invited to lead a Cuban company. TCG and the Andrew Mellon Foundation generously supported this production. He returns to direct again in Havana in 2013.

As a director, Cacheiro has a long history of working on new plays. He has directed world, US and west coast premieres of plays by such prominent playwrights as Harry Kondoleon, David Lindsay-Abaire, Eduardo Machado and Luis Santeiro, in theaters ranging from New York Theater Workshop, Circle Repertory, INTAR in New York, Echo Theater in Los Angeles and the Magic Theater in San Francisco. He has also been a guest director at the O'Neil Theater Conference and the Ojai Playwrights Conferences. His original projects have been funded by the National Endowment for the Arts, TCG the New York State Arts Council, the Andrew Mellon Foundation, Goethe House and the Spanish Embassy among others. Cacheiro is a former Circle Rep Lab member and Princess Grace Award winner. He is a graduate of the Yale School of Drama.